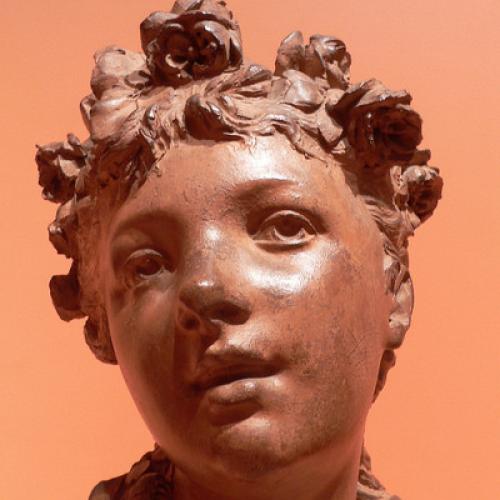 The third wife of the Roman emperor Claudius, she was a paternal cousin of Emperor Nero.

Messalina was the daughter of Domitia Lepida the Younger and her first cousin Marcus Valerius Messalla Barbatus. Her mother was the youngest child of the consul Lucius Domitius Ahenobarbus and Antonia Major. Her mother's brother, Gnaeus Domitius Ahenobarbus, had been the first husband of the future Empress Agrippina the Younger and the biological father of the future Emperor Nero, making Nero Messalina's first cousin despite a seventeen-year age difference. Messalina's grandmothers Claudia Marcella and Antonia Major were half sisters. Claudia Marcella, Messalina's paternal grandmother, was the daughter of Augustus' sister Octavia the Younger by her marriage to Gaius Claudius Marcellus Minor. Image used under the FlickR Creative Commons license.

Little is known about Messalina's life prior to her marriage in 38 to Claudius, her first cousin once removed, who was then about 47 years old. Two children were born as a result of their union: a daughter Claudia Octavia (born 39 or 40), a future empress, stepsister and first wife to the emperor Nero; and a son, Britannicus. When the Emperor Caligula was murdered in 41, the Praetorian Guard proclaimed Claudius the new emperor and Messalina became empress.